If you know of a quotation that is not listed here, please email the details to webmaster@eaufo.co.uk.

If you ever wonder why there are so few astronomers on this page, it is simply because as soon as one puts his head up above the parapet and makes a serious gesture toward researching the subject or has a less than pessimistic view point, he is blown out of the sky watching community. It is known that many have seen strange anomalies in the sky but dare not publically announce the sighting. Nick Pope who once worked for the British Government as our own agent smolder summed it up perfect.

Nick Pope, found under the government page, sent an email to the Huffington Post.

"I'm dismayed by the lack of understanding between the two groups," said journalist Nick Pope, who used to investigate UFOs for the U.K. Ministry of Defence.

"Unless they've studied the phenomenon, astronomers are no more qualified to talk about UFOs than ufologists are to talk about, say, titanium oxide production in K-type stars. It's like marine biologists and oil company executives saying they understand each other's fields because they're both looking for something in the sea. The sea is about the only thing they have in common. So it is with astronomers, ufologists and the sky," Pope wrote in an email to the Huffington Post.

Please note that all of the quotations below have been sent in by viewers of this site, and accuracy cannot be guaranteed. As the group and site matures, we intend to form a sub group to try and assess the items for likelihood of being genuine before uploading to the site.


He described one object as... "decending like a disc falling through water".

Ufologists suggest this might have been the first description of the ‘falling leaf motion’ that is known in modern UFO cases. Some sources say Trouvelot’s objects resembled those seen at Basel, Switzerland, on August 7, 1566.


"It was undoubtedly an artificial atomic explosion even more powerful than the H bomb.  That could only have been set off by highly advanced beings”.".


"We are not alone in the universe!" 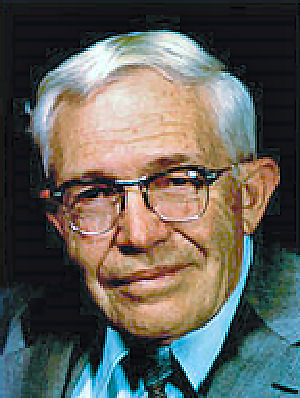 Astronomer who discovered Pluto on August 20, 1949. Over the years, he witnessed several strange ufo anomalies.

"I have seen three objects in the last seven years which defied any explanation of known phenomenon, such as Venus, atmospheric optic, meteors or planes. I am a professional, highly skilled, professional astronomer. In addition I have seen three green fireballs which were unusual in behaviour from normal green fireballs. I think that several reputable scientists are being unscientific in refusing to entertain the possibility of extraterrestrial origin and nature."

"There is scientific evidence that strange objects are circling our planet. It is lamentable that governments have drawn a veil of secrecy around this matter."

"Undoubtedly with the blessings of the Central Committee of the Chinese Communist Party, acknowledge the reality of UFOs."


On August 23, 2010 Sichao stated that he believed extraterrestrial aliens exist and that their UFOs have the ability to visit our earth. He also took exception to the recent view presented by British astronomer Stephen Hawking that an encounter with between Earth's population and such aliens would be disastrous.

"If they are friendly to us, we can promote the human beings' civilization through exchange and cooperation with them. If they are not, as long as we prepared for their invasion, we can beat them back based on their weaknesses. After all, they are life entities, they would show their slips.

Sichao also provided some specific data from quantitative analysis of UFO observations. He informed that "between the altitudes of 130 kilometres and 1,500 kilometres, UFOs have appeared many times." He stated that "the observed UFOS could fly much slower than the first cosmic velocity, and some as slow as 0.29 kilometres per second, and that they can fly at the altitude of 1,460 kilometres for more than 25 minutes." He concluded that "these UFOs had anti-gravity abilities." 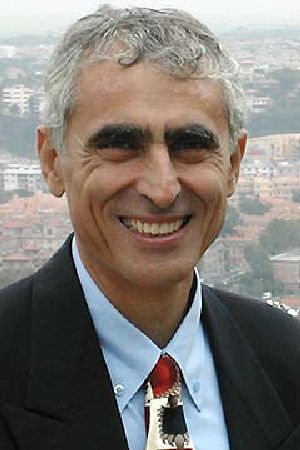 Dr. Michael Salla has a PhD from the University of Queensland in Australia in government affairs (1993) where he specialized in conflict.

"Some UFOs are extraterrestrial spacecraft. Professor Wang Sichao is a planetary astronomer at the Purple Hills Observatory of the Chinese Academy of Sciences. Based on scientific observations of UFOs over his 39-year career, he has concluded that some are powered by antigravity devices."

Source: In a speech at a science forum held in the city of Guangzhou on August 23.

A consultant for NASA and the NSA. Dr Eric Norton has worked with many top-secret government projects. He feels that NASA and other Government agencies are covering up a catastrophic event coming to earth in the near future. In this next testimony, he describes dark satellite images, and shares them with us. He is "an expert in tracking space objects."

"Some insiders report that the reason the astronauts returned to Earth changed men was because of the shock of seeing bases belonging to extraterrestrial races and being chased away and then being sworn to secrecy by the US shadow government."


"For nearly the entire year of 2013, we watched the skies in disbelief. We didn't know what was going on or where these things were. According to my calculations, these things would have been so close to us by now that we would have no problem seeing them in the night sky had they stayed visible to us."

"The objects were getting so close that, with our telescopes, we could see the structural features of these things in high detail. They were shaped as a three dimensional "L" shaped craft."

"By January 2013, the objects had been tracked to about 200,000 miles past the planet Mars. Once they reached this point, almost instantaneously, the object vanished from our telescope lenses as if they had activated some sort of invisibility shield at the flick of the switch. I knew that the upper echelons of government were worried about these things because I was under a constant 24/7 guard by Secret Service agents." 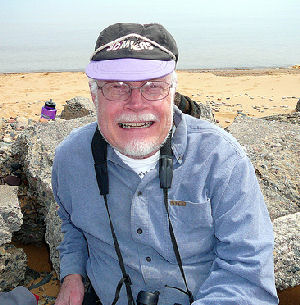 "People need to give it some serious thought. Too many credible people have reported things that are impossible by our understanding of physics."


"We thought they were just military jets until two F84 jets arrived to try to intercept them, and then we could see that their diameter was only about one metre and we realised that they were silent."


"I thought it was a parachute flare at first, descending over by the ridge. But it hovered about 20ft above the ground and then suddenly the thing shot to my right, parallel. It went 4.8 miles in 1.8 seconds and it stopped on a dime. That wasn't a flare! I got the binoculars on it and it suddenly vanished. At that speed there should have been a sonic boom but there wasn't."

He believes that the base is at least aware of UFO activity.

"These craft are obviously here with our permission, because this is some of the most restricted airspace in the world, and there's been no attempt made to shoot them down or anything."

But he is dubious about claims of alien abductions, especially, he says, when the abductees claims to have been given some message that's going to benefit mankind.

"People need to give it some serious thought. Too many credible people have reported things that are impossible by our understanding of physics." 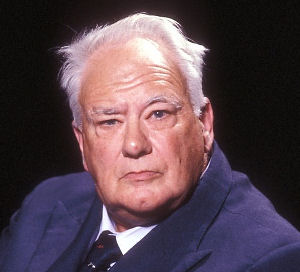 Iconic TV astronomer Patrick Moore was an English amateur astronomer who attained prominent status in that field as a writer, researcher, radio commentator and television presenter. In his early years he saw lights on the moon and other strange aerial anomalies. Also had a ufo sighting but later watered down his report after being knobbled by the BBC (it was alleged).

"We cannot be the only instance of a race, we just can't be."


Sir Patrick Moore saw a UFO caught on camera while making a documentary during the 1960s but the BBC edited it out, an alien researcher has claimed.

Matt Lyons, an alien researcher, made the bold claims during the 50th anniversary of the "Warminster Thing," after local residents of the Somerset town began reporting strange noises and paranormal residents in 1965.

Detailing the claims, Mr Lyons revealed how local reporter Arthur Shuttlewood had spoken to Sir Patrick as he stargazed in the village in January 1969.

Despite being a renowned UFO sceptic, Sir Patrick and his production crew were said to have spotted a UFO and their watches stopped when they arrived on the site.

Mr Shuttlewood wrote: "Just after a satellite arced from north to south, the attention of a camera man was drawn to an orange glow that developed into an ellipsoidal craft flying low in the opposite direction to the satellite.

"It then flared into a glowing brilliance as it glided unerringly and silently towards the darkened copse saddling Cradle Hill.

And while Sir Patrick referred to the UFOs as "inexplicable light formations," a BBC producer later thanked Mr Shuttlewood for an "unforgettable and wonderful experience."

Denying the claims, a BBC Spokesperson said, "We have a lot of things in the BBC archive but no aliens or flying saucers." 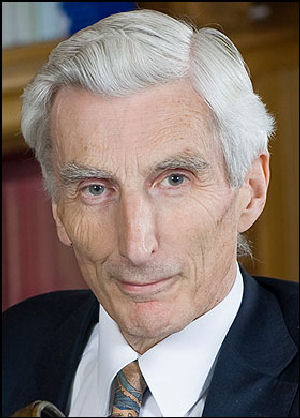 "The chance of finding life has risen a billion-fold when we realized that Earth-like planets are not rare, but that there are literally billions of them just within our own galaxy."

"It now seems quite clear that Earth is not the only inhabited planet. There is evidence that the bulk of the stars in the sky have planetary systems. Recent research concerning the origin of life on Earth suggests that the physical and chemical processes leading to the origin of life occur rapidly in the early history of the majority of planets within our Milky Way galaxy, perhaps as many as a million, are inhabited by technical civilizations in advance of our own. Interstellar space flight is far beyond our present technical capabilities, but there seems to be no fundamental physical objections to preclude, from our own vantage point, the possibility of its development by other civilizations."